LIMA, Ohio (January 12, 2020) The Ohio Department of Transportation (ODOT) and the Allen County Engineer's Office have completed the initial scope for the repair of the Slabtown Road bridge over U.S. 30, which closed in December due to a bridge strike. The tentative schedule for the repairs sets construction to begin as early as mid-April and will take approximately 60 days to complete.

The Slabtown Road bridge over U.S. 30 was extensively damaged on December 22 by an over-height vehicle. Slabtown Road was closed immediately. The next day, U.S. 30 westbound was closed to remove a section of the damaged deck and the steel beam to ensure the safety of motorists traveling under the bridge.

The repairs for the Slabtown Road overhead will include removing and replacing all the bridge deck over the westbound portion of U.S. 30. The section of damaged beam that has already been removed will be replaced. One other steel beam will need heat-straightening.

The start date for the repairs hinges on how quickly the replacement beam can be custom-fabricated. The timetable for this special order depends on several factors and it could take a couple of months for the beam to be delivered.

“We are doing everything possible to avoid unnecessary delays,” said ODOT District 1 Deputy Director Chris Hughes. “Everyone involved is prioritizing this repair project to avoid having Slabtown Road closed while Thayer Road, Mayberry Road, and Cool Road on U.S. 30 are also closed for another project. If the project closures were to overlap, the local detours would be cumbersome, especially for farmers," said Hughes.

In mid-summer, ODOT will begin a project to construct a restricted crossing U-turn (RCUT) at Thayer Road, and cul-de-sacs at Mayberry Road and Cool Road.

Contingency plans are being considered in the case that Slabtown Road cannot be reopened before the RCUT project begins. One option ODOT is considering is to keep Mayberry Road open at U.S. 30 until the Slabtown Road overhead is reopened.

Prior to the crash, the bridge was in good condition and no upcoming maintenance work was planned for the bridge. 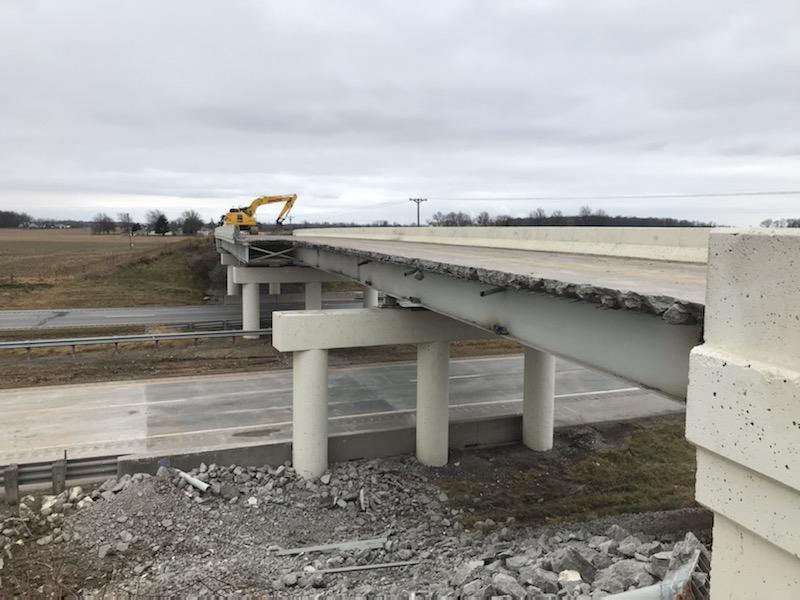 The Slabtown Road overhead following the removal of the damaged beam and part of the bridge deck and parapet. 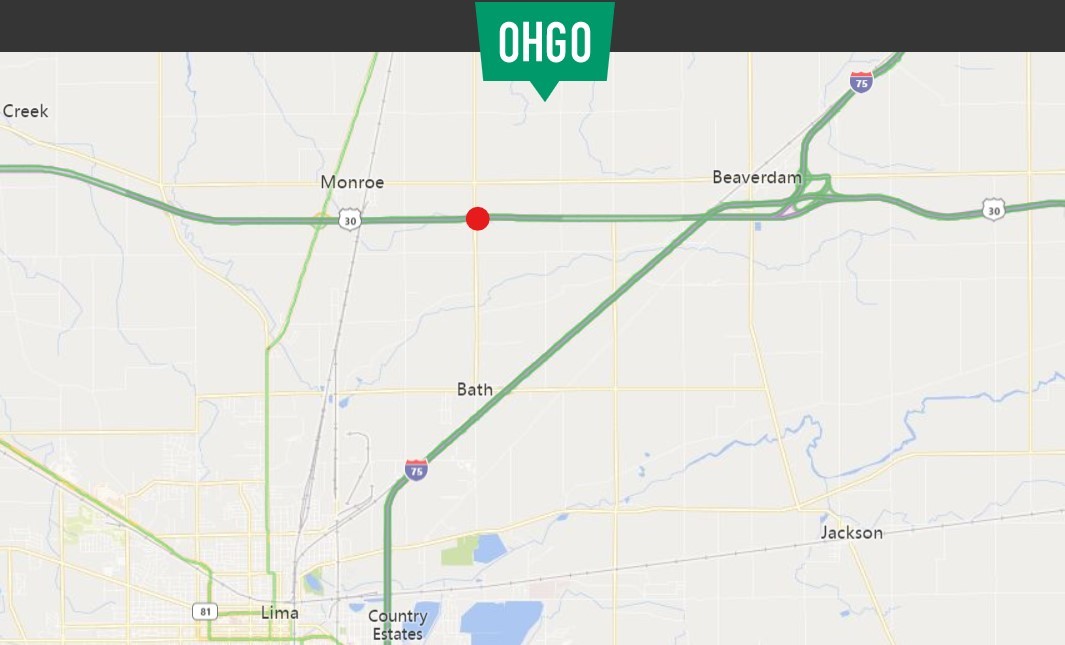 Red dot indicates the location of the damaged overhead at Slabtown Road over U.S. 30 in Allen County.